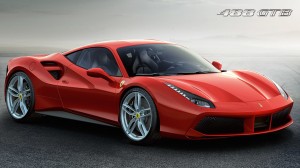 I have a problem with the new Ferrari 488 GTB.

With Ferrari’s of old, the name shows what engine and how many cylinders it has. In the case of the 458, it’s a 4.5L V8, 458. Same with the 308 GTS, 3.0L V8. Easy. Now, the new 488 has a 3902cc V8. When I heard that I was a bit confused because Ferrari said that they will put a smaller engine in the new car because of emission regulations and stuff like that that makes us petrolheads very angry and sad. 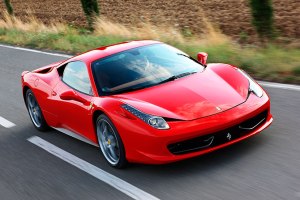 Anyway, the new car now has a 3.9L Bi-Turbo V8. Which, in my mind, would be the 398 GTB. It makes more sense than 488, where the only true number is the second eight. I did a quick internet search for why Ferrari decided on 488, but not even their own website can tell me.

Now the power. It has 492KW and 760NM of torque. It’s well and all, but that causes another problem. My favourite few cars include the Ferrari 458, Mercedes SLS, Porsche 911 Turbo S, Lamborghini Gallardo, Audi R8, Lexus LFA, Aston Martin DBS, Jaguar XKR-S and most of their variants. All those cars have between 380 and 430 KW, which is ‘tame’ enough to not be scary.

The problem is that this new car is too powerful. With that much power, it puts the 488 in the Aventador’s category. And that makes me sad.

As some of you might know, my favourite car of all time is the Mercedes SLS. But since last year, it was discontinued. I was pretty upset. The DBS, LFA and Gallardo died out. Of them, only the Gallardo got a successor that I don’t really like. Some other cars changed too, which I don’t like. There is something wrong with the way the Huracan looks. It’s like mini Aventador, but without the Lambo soul.

All that’s left from that category now is the Jaguar, Audi and Porsche. The SLS’s successor, the AMG GT, is pretty and all, but it doesn’t fit.

Back to the 488. I wouldn’t mind for one at all because let’s face it, it’s a Ferrari. But I also wouldn’t mind to have the 458 Speciale Aperta…

In the last five or six thousand years that humans have walked this planet (evolutionists, please feel free to keep your opinions to yourselves), only 268 years has been spent at ‘peace’ and then it has only been bits and pieces. The rest is filled with war, famine, disease and other pretty gruesome things. What does that say about us humans?

It could all have been averted, if we weren’t so greedy. I recently watched the movie Watchmen. Now for everyone who hasn’t seen it, I won’t spoil it. It is a really good example of what is wrong with this world. It is about a dystopia so concerned with war that they forget that peace is just a decision away. But no, everyone wants to have the best and most advanced weapons and armour that can repair itself.

I find that wrong. Life is not about who has the most money or fame or whatever. All that can easily be taken away. Life is about making a lasting impression. Scientists contribute to society in the form of discoveries, artists by their music, paintings, sculptures etc. and actors and actresses by the roles they play of people who had a lasting influence. The list goes on and on and on.

The only way that I can see us changing as a species is if we individually decide to change the world for the better. But at the current rate of descent, I honestly cannot see that happening.